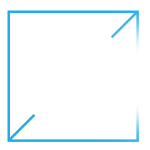 Cyprus – On July 14, 2017, the Cyprus Chamber of Deputies adopted a statutory amendment to the definition of “natural person resident in Cyprus” in accordance with the Income Tax Act, from January 1, 2017, a person who: spends no more than 183 days in any one country during a tax year; is not a taxpayer from another country in the same tax year and meets the following three conditions:

he/she may be considered a Cyprus tax resident.

The subject of changing tax residence is even more important in the context of taxation of income obtained outside of the country of residence through the so-called controlled foreign companies (so-called CFC regulations) and the CRS system – exchange of information on bank accounts.